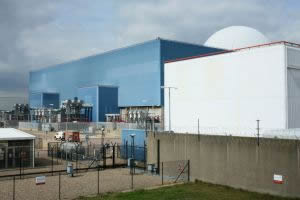 Nuclear power is generated using Uranium, which is a metal mined in various parts of the world.

Some military ships and submarines have nuclear power plants for engines.

Nuclear power produces around 11% of the world's energy needs, and produces huge amounts of energy from small amounts of fuel, without the pollution that you'd get from burning fossil fuels.